Knockadoon camp has a wide range of facilities which make the camp and ideal location for the KYW. Below is short introduction to some of these facilities accompanied by an image to give you a better idea of what the camp has to offer. 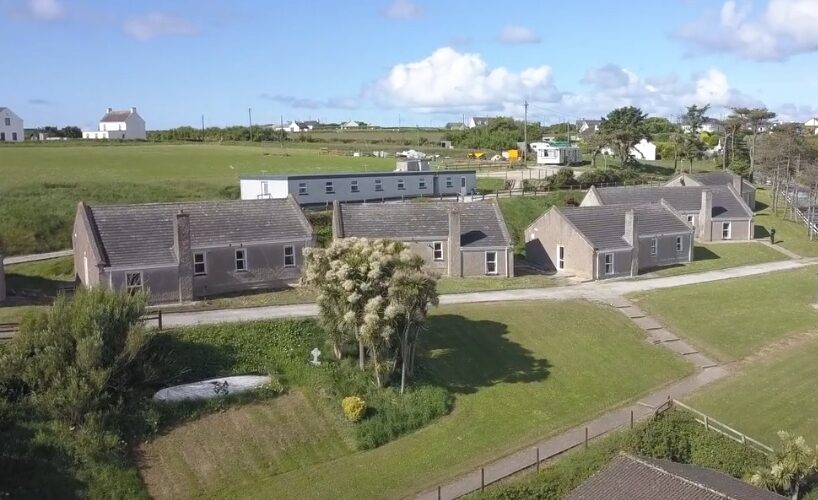 Knockadoon Camp has 7 bunkhouses in total and can house up to 150 people in total. During the Knockadoon Youth Week, the number of campers we can bring down is a lot smaller as some of these bunkhouses are used to house our leaders, the camp kitchen staff and brothers of the Dominican Order.

Leaders will conduct daily bunkhouse inspections and encourage the campers to keep them neat and tidy. The toilet/shower area is cleaned daily by the camp staff.

Bunkhouses are generally split by gender & age and campers are not permitted to enter a bunkhouse other than their own. At night time, there is a minimum of two over 18 leaders per bunkhouse who stay overnight in a separate room for supervision. 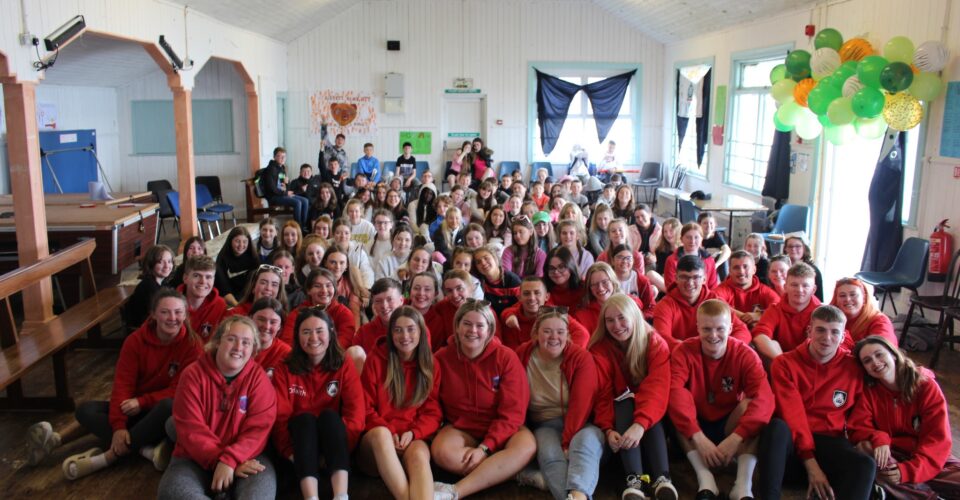 The Old Hall is the epicenter of Knockadoon camp and the most used building during the KYW. The hall is situated down the front of camp and looks out onto the seafront.

During the day time, competitions are held in the Old Hall such as pool, table tennis and darts. In the evenings, the majority of our activities also take place in this hall as the leaders make use of the stage and transform the hall into a theater. The Old Hall is also the location where all of our famous discos take place!

The hall also has a little tuck shop located at the back of the room which is opened for several hours a day. Campers can yous their pocket money to purchase refreshments and merchandise from this shop. 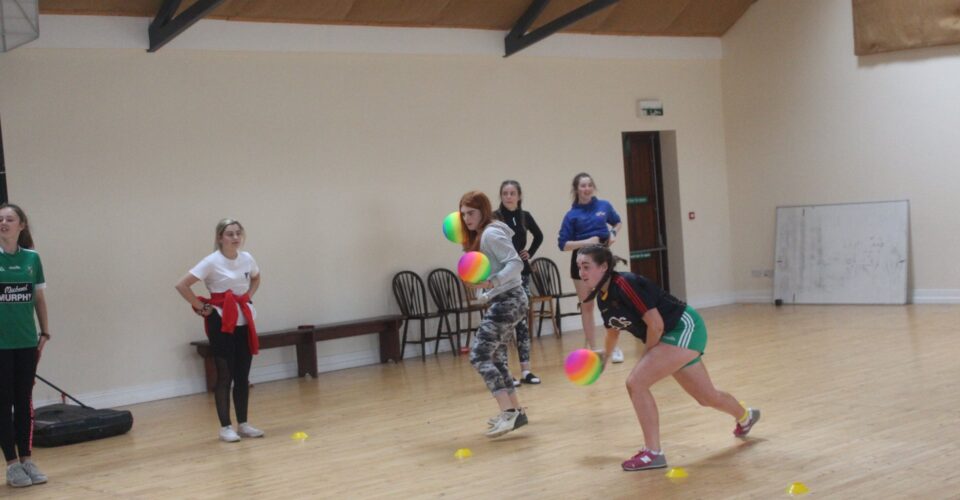 The newest building on camp which is where it gets its name from, the ‘New Hall’ is a massive sports hall that can host a range of sports such as Football, Dodgeball & Basketball.

Due to it being the largest building on camp it is frequently used for activities requiring additional space not provided elsewhere such as Bunkhouse Flag Painting, bubble football, hockey, Quidditch, Zumba and smaller mini-games. 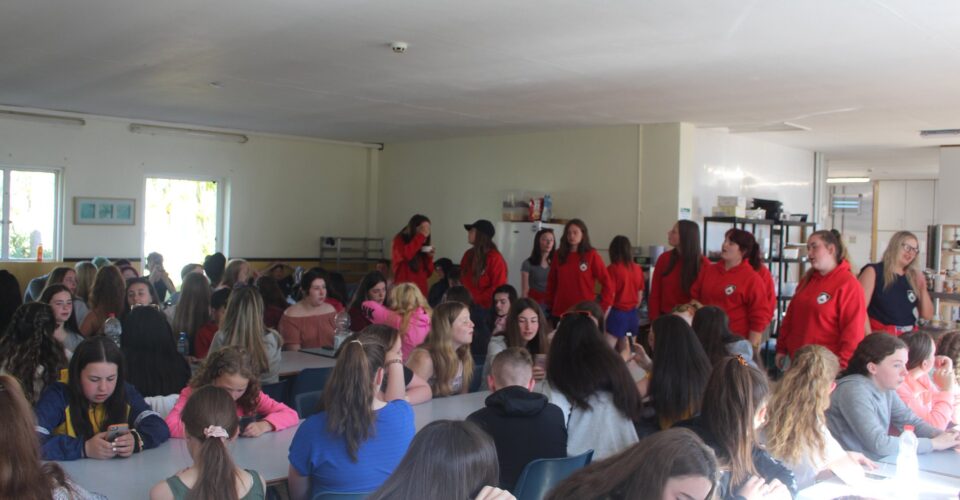 The Canteen is where all meals are served to campers during the KYW, the campers are free to sit where they please and often use it as a chance to meet and socialise with other campers they may have not met prior to coming to camp.

The leader team supervises all meal times to ensure that all campers needs are met , for example providing condiments, juice, water, bread or an alternative option if the camper does not enjoy the meal on offer. 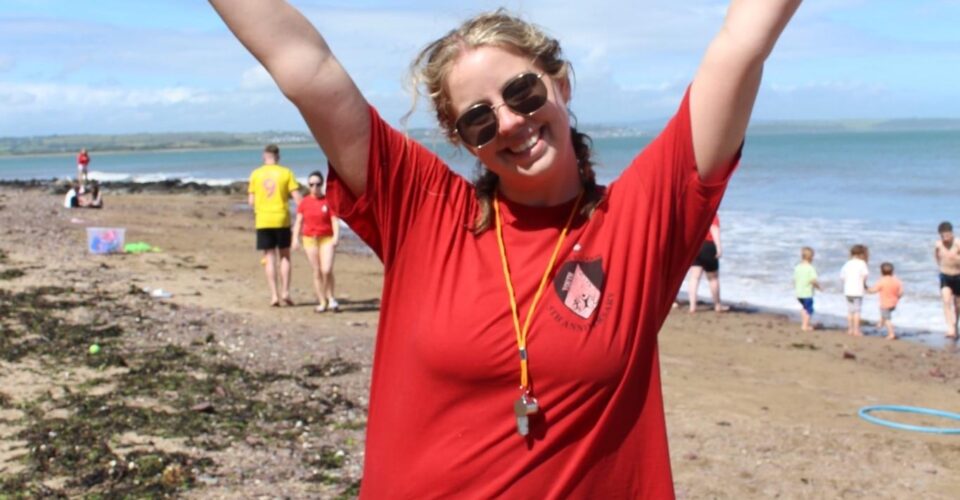 Knockadoon Camp is located in the Knockadoon peninsula, an area of outstanding natural beauty. This easy access to the seaside, neighbouring cliffs and multiple local beaches is part of what makes the camp such a unique and beautiful area to visit.

The Beach area is frequently made use of by the campers throughout the week for activities such as pier jumping, swimming, aqua-robics, kayaking and much more and is for many campers their favourite part of the daytime programme. 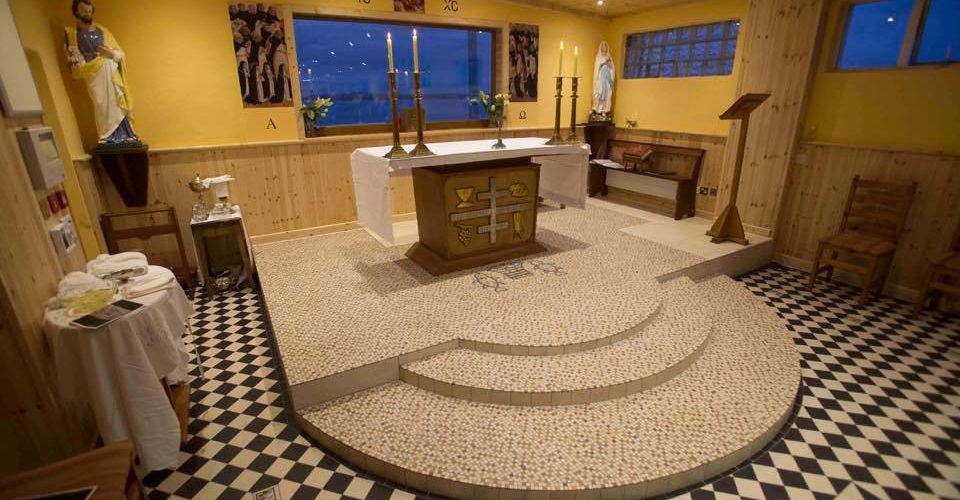 As a Dominican Camp, there is a church located at the heart of camp which is made use of exclusively during the summer months. Having been recently refurbished the building’s open view of the seaside for the congregation provide a very unique experience for anyone who visits it for private prayer or mass ceremonies. 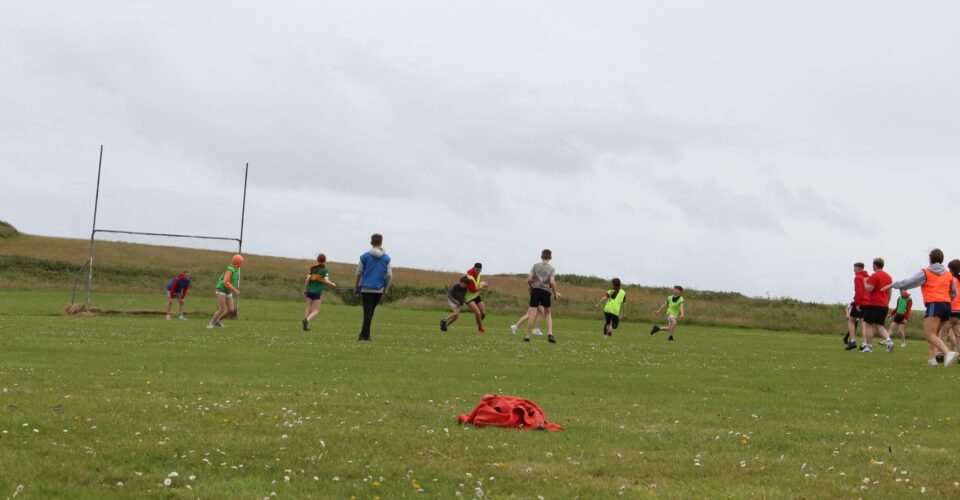 The back field is a large football field located to the rear of camp used for large sporting events throughout the week such as GAA, hurling, quidditch, sports day, Takeshi’s Castle and most notably Leader Camper Football, one of the most intense sporting rivalries in the modern game.

Many campers enjoy relaxing in the backfield to simply chat, listen to music and spend time with one another whilst soaking in the summer sun whilst others have frequently used the open space for much more high intensity pastimes such as Volleyball, running races, challenging for the Bring Sally Up world championship or putting in some much needed practice for the Leader Camper Football showdown. 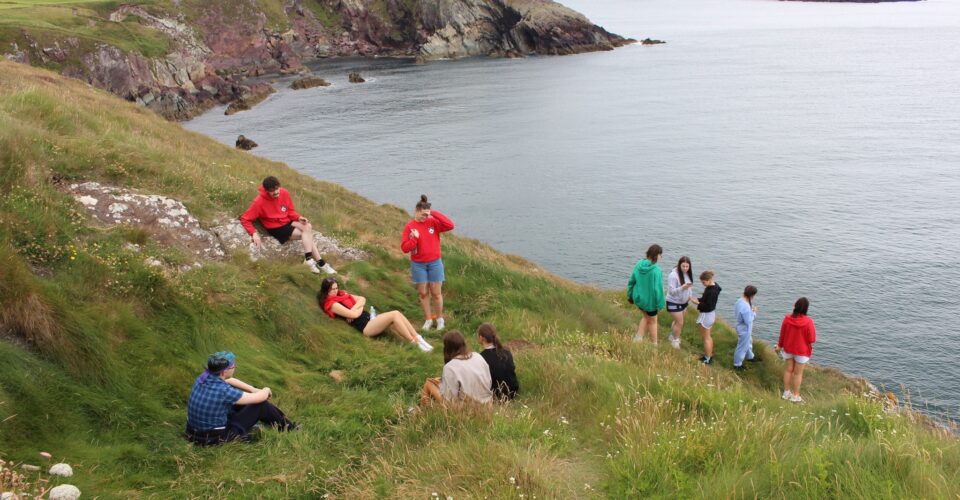 The cliffs are a short walk away from Knockadoon Camp. Campers are not allowed off site by themselves, therefore they will always be accompanied by a few leaders when going to the cliffs. Cliff walks are organised during the day time activities. 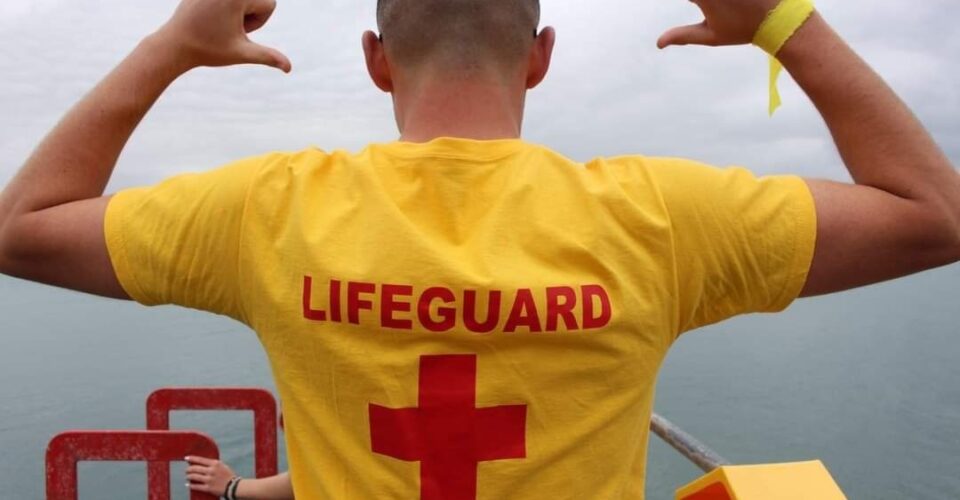 Knockadoon Camp is situated right beside the sea. During specific times of the day campers are allowed to go to the pier which is beside camp. At least one or two lifeguards, along with other leaders, will always accompany the campers when they are here.

This website uses cookies to improve your experience while you navigate through the website. Out of these, the cookies that are categorized as necessary are stored on your browser as they are essential for the working of basic functionalities of the website. We also use third-party cookies that help us analyze and understand how you use this website. These cookies will be stored in your browser only with your consent. You also have the option to opt-out of these cookies. But opting out of some of these cookies may affect your browsing experience.
Necessary Always Enabled
Necessary cookies are absolutely essential for the website to function properly. This category only includes cookies that ensures basic functionalities and security features of the website. These cookies do not store any personal information.
Non-necessary
Any cookies that may not be particularly necessary for the website to function and is used specifically to collect user personal data via analytics, ads, other embedded contents are termed as non-necessary cookies. It is mandatory to procure user consent prior to running these cookies on your website.
SAVE & ACCEPT